With one glance, Germany’s Martin Schulz checked behind him. There was no-one even close.

So he stopped running and calmingly walked towards the finish line, savouring the moment of being crowned the first ever Para triathlon Paralympic champion.

“This is the best day of my sport career,” said the three-time world champion. “The best feelings I ever had in the last metres of the race, it was so emotional.

“Everything from the past years, all the emotions, all the support from my family and my friends and all the hard training – it all came back into my mind.”

In the sport’s Paralympic debut on Saturday (10 September) on Fort Copacabana, Schulz kissed the ground as he claimed the men’s PT4 gold in 1:02:37.

Then he embraced his biggest rival, Canadian Stefan Daniel, at the finish line.

Daniel, who upset Schulz in the 2015 World Championships with the gold, took the silver medal in 1:03:05. The unexpected podium finisher was Spain’s Jairo Ruiz Lopez, who found speed after each transition to reach the podium in 1:03:14. Lopez’s best major finish was third at the 2016 World Championships in Rotterdam, Netherlands.

Great Britain’s George Peasgood emerged from the water with more than a minute lead over Schulz. But the German cut the lead after each transition, eventually leading two seconds in the last lap of the bike segment.

“But then I think that probably I’ve done the best bike section of my whole career,” Schulz said. “I pushed hard and I took some advantage on [Stefan].

“After the bike I had more seconds of advantage than I even hoped. But the run was the hardest run I’ve ever done, because I had tough moments, I felt some problems to breathe.”

Despite hanging back as far as fifth place, Daniel picked up significant ground on the run – his strongest of the three segments. He ran with Lopez but eventually pulled away for the silver.

“I was in a podium position coming out of the bike, so I had to earn every spot that I could,” Daniel said. “But Martin was too far up over there. He beat me fair and square.”

“I’m still a teenager. I still have a lot of room to grow.”

Lewis knew he would be behind in the water, especially with former Para swimmer Mark Barr of the USA finishing the first leg quickly. But the Briton caught up on the run, something he said he and his coach have been honing on.

“I understood that I could do it on the run,” said Lewis, who despite a poor showing at the 2015 Worlds put his name in medal contention when he won the World title in July. “When I could see the guys in front of me I knew I could do it, that I could catch them.”

It was a tight battle for silver, with Italy’s reigning world champion Michele Ferrarin (1:12:30) pulling his way out for the silver medal. Africa’s Mohamed Lahna, the lone African athlete in the competition, appeared well out of podium contention after finishing fifth in both the swim and bike but found his stride in the run to finish just five seconds behind Ferrarin for bronze.

The Netherlands dominated the men’s PT1, with Jetz Plat (59:31) and Geert Schipper (1:01:30) topping with gold and silver, respectively. Italy’s Giovanni Achenza (1:01:45) completed the podium with the bronze. Being the first to complete the swim and bike legs, Plat build himself a cushion entering the running portion and winning about two minutes ahead of his fellow country man.

“It’s just historic,” Plat said. “For me, a three-time European champion and one-time world champion, I am so proud and happy with my performance.

“The swim was difficult because it is in the sea and it is really different than normal water,” Plat said. “And the bike it so fast because it is flat.

“We train together, so we make each other stronger and stronger,” Plat added about his teammate Schipper.

As for the secret behind the Dutch dominance in the men’s PT1: “We eat a lot of potatoes,” Schipper joked. 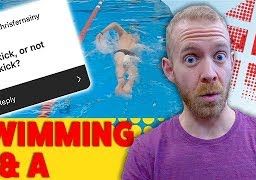 How important a snorkel is, how to learn proper kick, how triathletes can set goals for their swim in a…

How to Transition to the Bike in Triathlon ft. Nicola Spirig | Olympians’ Tips 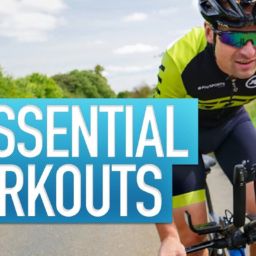 It’s all too tempting to get on your bike, head out onto the rolling roads and enjoy the ride. But…

Zone 3 Triathlon Training: Should You Train in Zone 3?

Zone 3, The Grey Zone, The Zone 3 Plateau – we’re often told that training in this middle ground is…

You will face the toughest day of your life, you will experience every single emotion, you will feel you cannot… 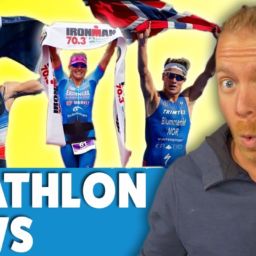 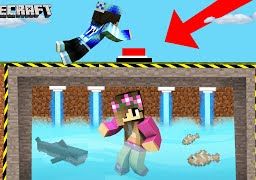 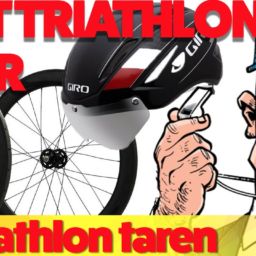 Best Triathlon Equipment for Under $1,000

This triathlon equipment costs less than $1,000 and will be the best dollar-for-speed investment you can make as a triathlete….

Thank you for the highlights, Paralympic Games. Would you mind uploading the full events for the paratriathlon races? Thank you.

Is anyone here on Facebook? If you are come and join us to socialize at the International disABILITY Forum (https://www.facebook.com/groups/internationaldisabilityforum/).

This is Freakin Amazing!