The 2015 ITU World Triathlon Grand Final Chicago officially kicked off Thursday morning with the Under23 men’s World Champion being crowned. Jacob Birtwhistle now tallies one title for the Australian nation as he was victorious in the first triathlon race of the Grand Final event.
Birtwhistle demonstrated leadership throughout the three disciplines, as one of the top men on each leg of the triathlon. In the last lap of the run, he separated himself from a five-man front pack to ultimately win the race and take home the World Champion honour. Coming across the finish line to stake out the remaining two spots on the podium was Spanish compatriots David Castro Fajardo with silver and Nan Oliveras with bronze.
“After the silver medal last year in the juniors I was pretty devastated; I wanted to redeem myself so to speak. I wanted nothing but gold today, so I am really happen to have it and take away the win,” Birtwhistle said. “It has been a pretty good year for me, there has been some ups and definitely some downs in my first year racing the WTS circuit. I have had some really good races and some not too good ones. I was happy to start off the season really well domestically in Australia and Oceania and now finish off really well in the Worlds.”
The early morning race started just as the sun peaked up from the Lake Michigan horizon. The Under23 swim course featured just one 1500 metre lap, which left the athletes finishing in the water without a second dive from the pontoon. Clearly dominating the distance was Seunghun Seo (KOR), who exited the swim with a lead of 13 seconds heading into the first transition area.
The bike course started out with a group of 30 men led by Alexis Lepage (CAN) and Gordon Benson (GBR), with the chase down by just over 30 seconds. But halfway through the bike course, the chase made a huge push and was able to make up over 10 seconds on the leaders. That push would continue for the remaining two laps until the bell sounded signaling the final bike lap, the chase merged to the front and caused a peloton to form that tallied 41 athletes.
With a lead pack large in size, the second transition zone was busy and crowded. But that didn’t stop Birtwhistle, Benson, Lepage and Kevin McDowell (USA) from blasting through and taking an early lead to start off the run leg. During the first 2.5 kilometres, Lepage dropped off and instead was replaced with Spaniards Castro and Oliveras. The five men grouped together and ran as leaders for the majority of the last field.
Not until the last kilometre did the podium seem to work itself out. Birtwhistle kicked in a last burst of energy to sprint ahead and run into the finish line solo and claim his World Championship crown. A crown that hopefully will add an extra boost of confidence as he is also set to compete in the elite men’s race on Saturday, as well.
Castro came onto the carpet 14 seconds later to finish out the race with a silver medal.
“I’m really happy with the Spanish selection, we see Javier, Mario and Alonzo as motivators,” Castro said of being part of the strong Spanish men’s team. “The last lap was crazy. It was attack, attack, attack. To come second, it’s amazing.”
The Spanish team was especially strong today as Oliveras was able to take home the bronze medal and give Spain two medals to its total.
With the added motivation of running on home soil, McDowell finished the day in fourth place, a strong position as he now prepares to tackle the elite men’s race.

The Canyon Speedmax – Evolution Of A Triathlon Super Bike

The Canyon Speedmax has made an impression on the triathlon world with three consecutive wins at the Ironman World Championships….

For years Triathletes have flocked to the island of Lanzarote for its warm climates, smooth roads and it’s tough climbs….

The most amazing last mile in a triathlon – epic sprint finish

After 50 minutes of racing – nothing separates seven men as they sprint to the finish line. This is the…

Japan’s Ai Ueda showed she is back with a bang after her bike accident in Abu Dhabi, laying down a…

When it comes to going faster on the bike, many of us think it’s all about hard training and work… 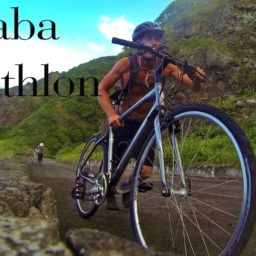 http://www.OceanAdventureVideo.com Saba Triathlon 2014 – An amazing feat dominated by all participants! A triathlon where even the swim is uphill!… 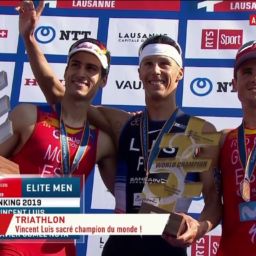 Triathlon news including the Challenged Athletes Foundation (CAF) Awards record breaking amount of money to disabled athletes, updates on the… 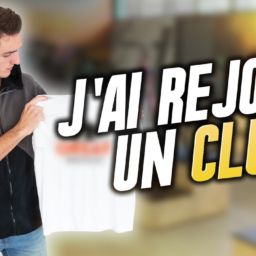 What is this? It’s draft legal? Drafting is for people who can’t bike.